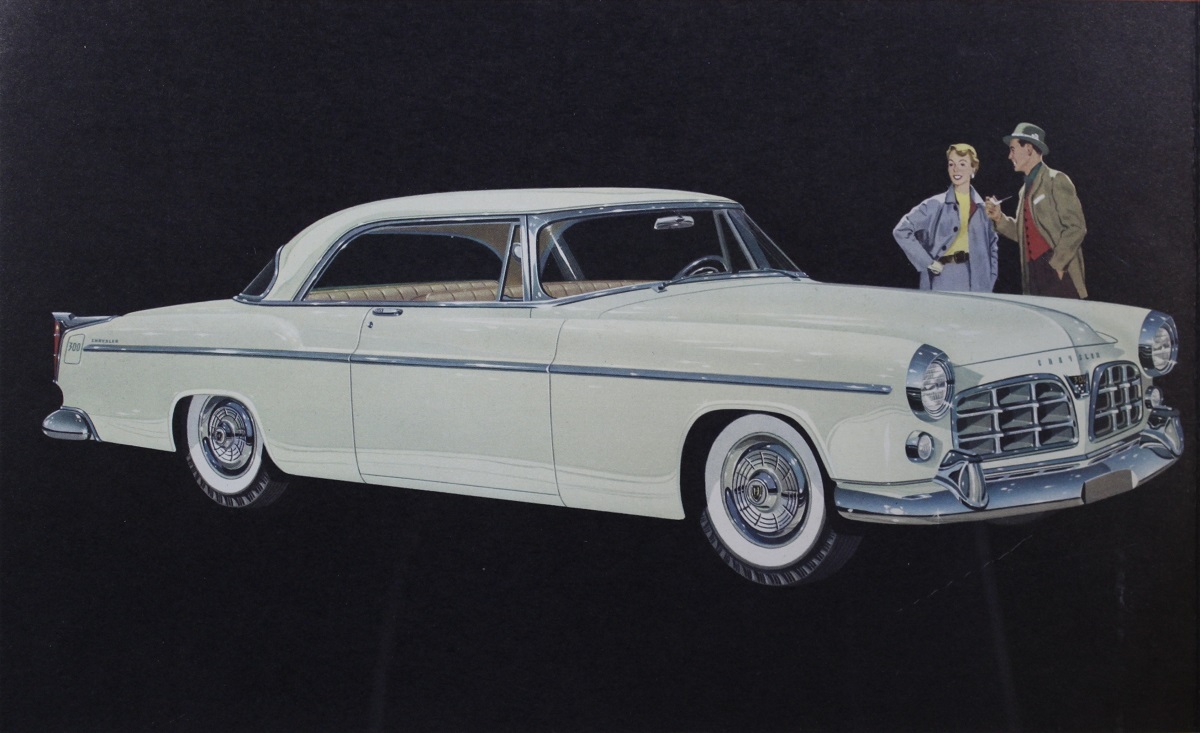 Compiled by: Jag Dhatt
Conventional wisdom says the first “muscle car” was the 1964 Pontiac GTO. But more sophisticated automotive enthusiasts know that the 1955 Chrysler 300 has the better claim to being first.
In the mid-fifties Detroit’s big three were going in three different directions. GM introduced its lightweight V8 and put it into its Corvette, Ford introduced its ‘personal car’ the Thunderbird. Chrysler chose to go in a different direction and introduced the 300 series. The name was inspired by the Hemi engine producing 300 HP. The 300 was nothing like Detroit built previously, a luxuriously equipped high performance sedan. The Hemi V8 boasted a performance camshaft mated to stiff valve springs, solid lifters, forged crankshaft and dual 4-barrel carburetors, with a 150 MPH speedometer. Total 1955 production was 1,725 and there are 251 in the registry. Price as delivered for C300 was $5,175.85 including the optional wire wheels, touch-tone radio, power windows, power seats, rear speaker and tinted glass.