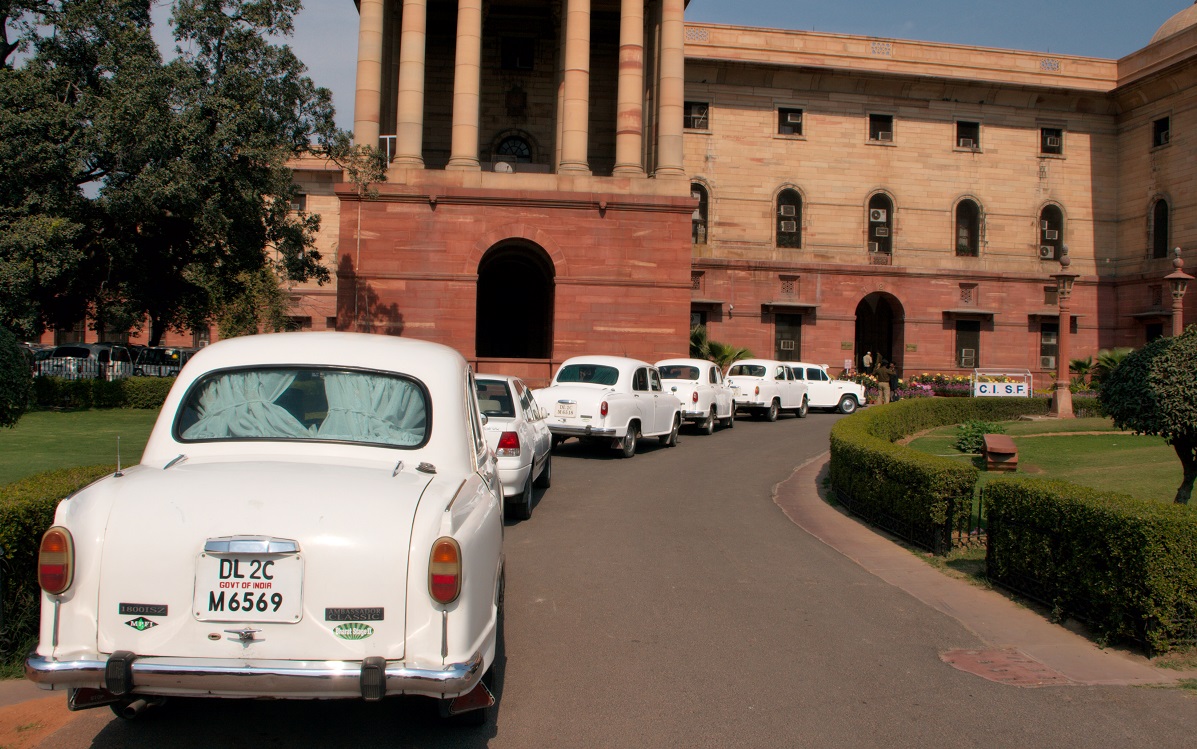 By Jag Dhatt
For people from India, particularly northern India, probably no other car has had as big an impact as the Hindustan Ambassador, or Amby for short. The Ambassador is to India what the cheesesteak is to Philadelphia, the pyramids to Egypt, or the Eiffel Tower is to Paris. Even though it’s difficult to drive, thirsty on fuel, and has poor performance, it was India’s car of choice for decades. Since I was in India for a vacation in December, the Amby is the perfect pick for our Classic Car.
The Ambassador was first built in 1957 and was based on the Morris Oxford. For many years, it was the only car available in India, and even then, was difficult to get. As production grew, the Amby became a household name. Politicians, in particular, bought the car and it wasn’t until the early 2000’s that people began to buy other brands and SUV’s. Even though the 1979 model was the fourth generation of the Ambassador, there were only minor changes as compared to the first generation. The facelift included a flatter design, smaller front grill, square park lamps, and separate amber indicator lamps. The biggest advancement was the availability of a 1,498 cc diesel engine that produced 37 hp. You could also purchase the “Deluxe” model, which included some upgrades.
The exterior of the 1979 Ambassador was probably its best characteristic – it looks good even today. The interior of the car was, on the other hand, a different story. As compared to Japanese, European or even North American brands, the Ambassador’s interior was cramped, made with flimsy materials, and didn’t have the best fit and finish. That being said, the seats of the Amby, especially the rear bench where important people sat, were very comfortable for short or long rides. Obviously, politicians need to ride in comfort, right. The ‘79 Amby wasn’t a power house, but it wasn’t meant to be driven fast or on a track, but rather in style. Compared to the gasoline model, the diesel motor spewed out a little more torque, at 78 lb-ft.

After 56 years, the Hindustan Motors decided it was time to retire the Ambassador and thus, 2014 will be the last year of the model. With declining sales numbers, it’s the right business move; with more and more people buying Japanese, Korean, and German brands, the Ambassador has had a good life. Yes, it will be missed. Since it’s a great retro looking car, maybe owners should gut the interior and throw in a small block and make one hell of a muscle car.