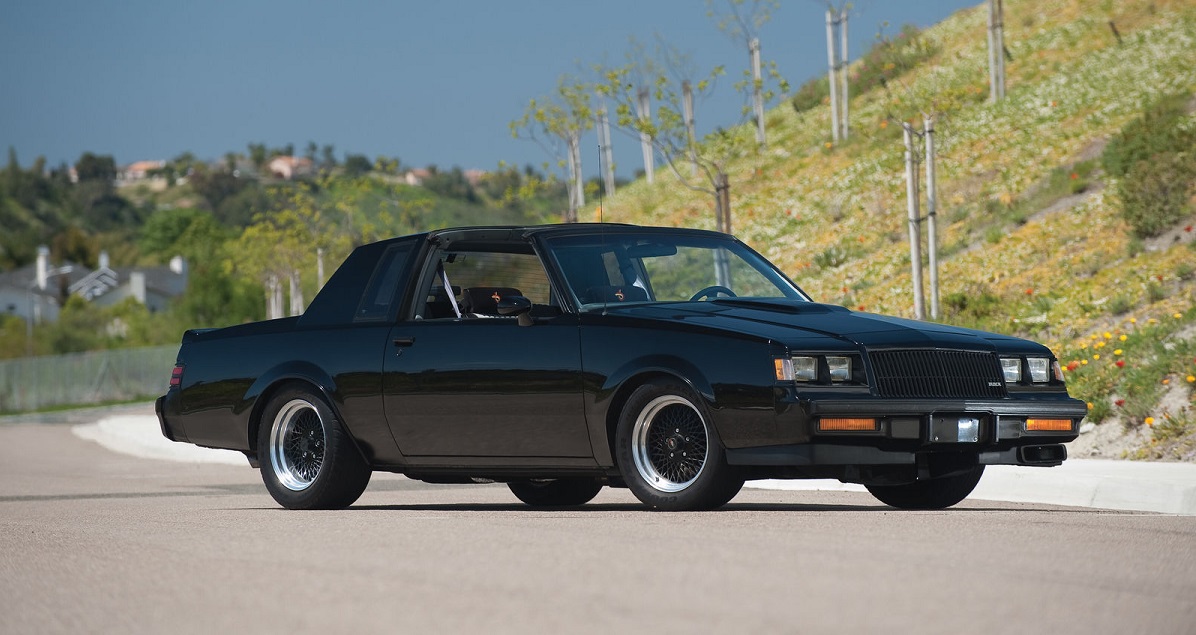 by: Jag Dhatt
There are certain things that forever get etched into an auto enthusiast’s mind: Getting “the” license, your first drive, owning your first car, popping your first wheelie, or getting your first speeding ticket. Personally, these are all vivid memories, as is the first time I saw Buick’s masterpiece.
The year was 1987, in the small town of Merritt, BC. There we were, after school, a group of friends sipping on Big Gulps at the only 7-11 in town. We were all car nerds, often thinking about what supercar we would buy when we became rich and famous; would we buy a Lamborghini Countach or the Ferrari Testarossa that Don Johnson drove in Miami Vice? Maybe it would be the Porsche with the whale tail or maybe just a new Vette. Aahh, high schoolers and their dreams.
And then we saw it. A gorgeous black silhouette approaching the intersection, waiting to make a left turn, right in front of us. We were awestruck at this beauty of a car, with its black paint just glistening in the summer sun. We had seen pictures of the car in magazines, but never in real life and this close. I mean, come on, we lived in Merritt. And honestly, magazine pictures didn’t do this car any justice – the 1987 Buick Grand National GNX, in our town. Wow. If you grew up in the 80’s, you knew about Grand Nationals. They owned the drag strips in North America and were the only cars to outright stomp on the Corvette, “The coveted American Sports Car”. The Grand Nationals were bad, with their all-black paint, black trim, black bumpers, black grille…you get the picture. The interior was mostly in grey tones, with only emblems in red on the special fabric Lear seats. The dash and instrumentation were clearly 80’s, simple and functional. There was no CD player, air bags, or even a lot of gauges; Buick did, however, include a tach and boost gauge. If you didn’t know about this car, it would come across as a regular 2-door family car, the perfect disguise for a wolf in sheep’s clothing.
But when it came to performance, there was nothing “family” about this car. Whereas other 80’s muscle cars were equipped with V8’s, Buick decided to power the Grand National with a turbocharged 3.8 liter overhead cam V6. That’s right, a V6! The GNX model, made only in 1987, made a generous 276 hp, but a very substantial 360 lb-ft of torque. That was enough to move this car from 0 – 60 in just 4.5 seconds, numbers which are incredible for an 80’s production vehicle. No wonder drivers of the GNX saw most everyone in their rear-view mirrors.
Buick’s Dark Knight only lived for five years, from 1982 – 1987 (they never made one in 1983) and was the undisputed working man’s supercar. It had presence, muscle, and poise. Since the first day I saw the Grand National in 1987, I’ve always wanted to own one. Today, they are rare, and expensive, and any that come on the market get picked up fast. But, if news reports are correct, we may see the ‘Rise of the Dark Knight’ in 2016, when the Grand National makes its comeback.