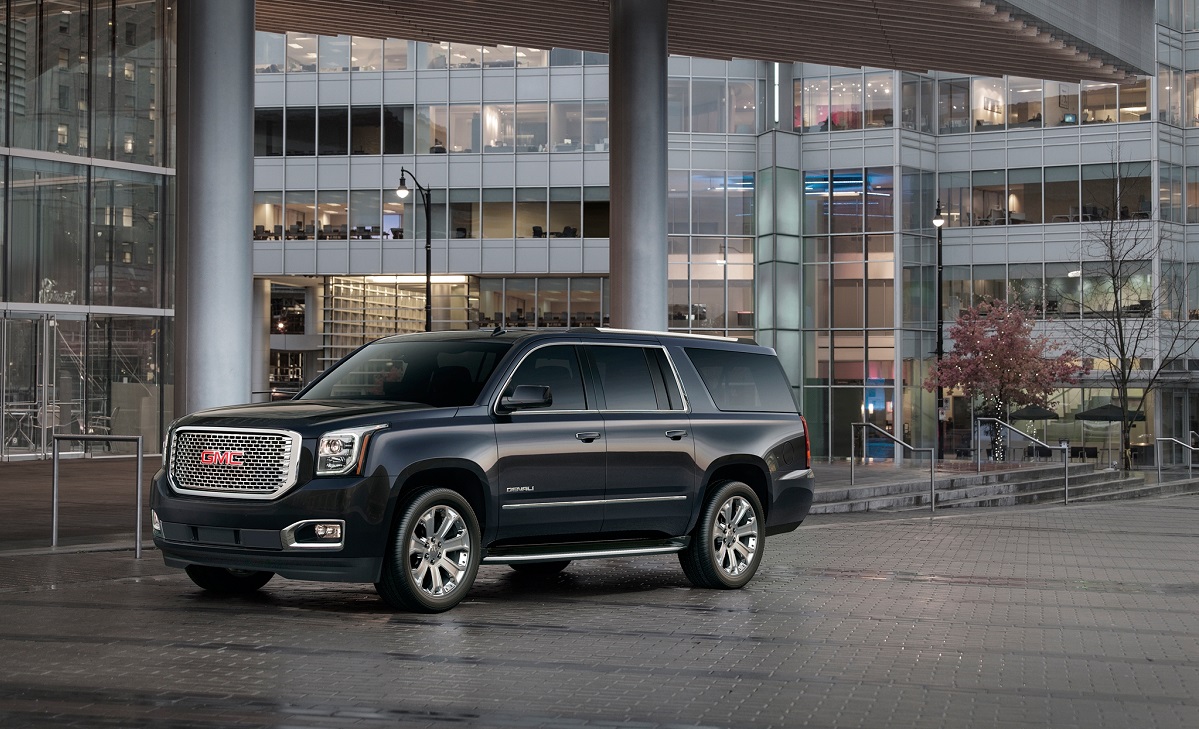 by: Zack Spencer
It’s hard to believe but GMC has never held a vehicle launch for the Yukon full-sized SUV in the Yukon Territory. That changed with the introduction of this all-new 2015 GMC Yukon model. Media from across Canada landed in Whitehorse and travelled around the Yukon, ending up in the famous gold rush time capsule of Dawson City. From the wooden sidewalks to the gravel covered streets, this preserved part of history looks and feels much the way it would when gold was first discovered in 1896. The Yukon is also a great test for this big truck because of the immense stretches of unpopulated roads with smooth sections, potholes, and loose gravel. The Yukon has it all, including spectacular vistas, wide-open space, and spectacular scenery. Spending three days behind the wheel made me realize what a good job GMC has done with this truck, from fuel economy to creature comforts. Looks
Last year GM introduced the Chevrolet Silverado, a GMC Sierra full-size pickup truck. In fact the Silverado won the North American Truck of the Year and the GMC Sierra won the AJAC Truck of the Year. With a solid basis, the engineers then went about building the full-sized SUV’s based on the truck chassis. They include the Chevrolet Suburban and Tahoe, the GMC Yukon and Denali, plus the Cadillac Escalade. These represent a huge profit centre for General Motors and they needed to get them right. The GMC Yukon is the most popular of the bunch with one-in-three full-sized SUV buyers choosing the Yukon, which is opposite to the United States, where the Chevrolet trucks dominate. The top Yukon Denali model traditionally represents about thirty-five percent of all Yukon sales, but in the first few months of sales, it has captured over sixty percent. One reason might be the same level of features and luxury of the Cadillac Escalade but with a lot less “bling”. Inside
The Yukon is sold as a short wheelbase and XL, long wheelbase. The long wheelbase model is an imposing truck but a favourite of large families that need the third row of seating, plus a functional cargo area. The more popular short wheelbase offers a lot of room as well but when the third row of seats is employed the cargo area is diminished. On all but the base model, the second and third row of seats can be folded and stored electronically, making the Yukon easy to transform. The Denali is exceptionally well-equipped because of the attention to detail, like aluminum trim around the radio and heat controls, and leather seating with French stitching. What the GMC Yukon offers over the Cadillac cousin is a simpler dashboard layout with traditional rotary knobs and buttons, where the Cadillac has moved to touch sensitive panels that take time to master.
Drive
The Yukon is offered with two engine choices, the 5.3L 355hp V8, in the base SLE and middle SLT Yukon models, and the 6.2L V8 in the Denali. This 6.2L engine is also used in the Escalade.  There are several reasons to consider the Denali over the base 5.3L engine. The first is the inclusion of the magnetic ride control system that is also available in the Escalade. This system adapts the suspension up to 100 times per second and did a great job on the various road surfaces in the Yukon. The second is the noise cancelling system that pumps cancelling sound waves through the Denali’s stereo system to help eliminate unwanted road and engine noise. The third reason is the mighty 6.2L engine with 420hp and 460 lb.-ft. of torque. Because this engine and the 5.3L have direct injection, variable value timing and most importantly, cylinder management, the V8 can switch off half of the eight cylinders and lean off the fuel mixture to greatly reduce fuel consumption. With over 1000 km driven at a range of speeds, the real world consumption was 12L/100km, close to the 11.4L/100km official highway rating with the 6.2L engine. All the current Yukon models are equipped with a 6-speed automatic, but the 6.2L engines will get an 8-speed this fall, with the 5.3L following next year. AWD is standard on all but the base model and these trucks can tow up to 3856kg. Verdict
The Yukon Territory should be on your bucket list of areas to visit in Canada. The scenery is stunning and the vastness is something to experience. Huge tracks of pure undisturbed wilderness, plus the gold rush is still on around Dawson City. Having a chance to visit an active gold mine was intriguing and educational, with todays gold miners still using the same methods the pioneers did over 100 years ago; they just do it on a bigger, more mechanized scale. The other Yukon, GMC fill-size truck, is so good I found no fault with it. The only roadblock to ownership is the price. Starting at $51,800 for the SLE or $60,960 for the SLT and $75,540 for the Denali, this isn’t a cheap prospect. Buyers who need a big truck for family duty or towing have a corresponding big-ticket price tag. The Denali offers most of the same features as the more expensive Cadillac Escalade, but is more use-friendly and less expensive. If you can spring for the Denali price, it will not disappoint. In fact, the Yukon is a winner on all trim levels.