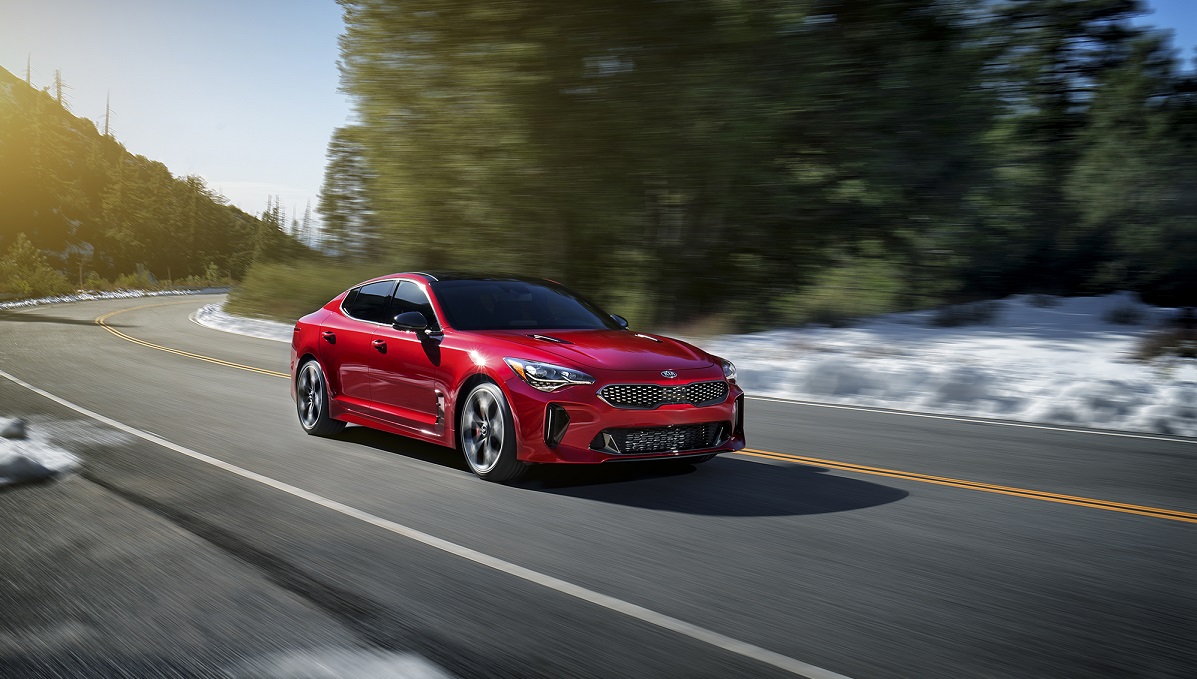 At an event typically dominated by introductions from American auto companies, Kia Motors America (KMA) today stole the spotlight with the world debut of the all-new 2018 Kia Stinger (hereafter Stinger) at the North American International Auto Show in Detroit.  A five-passenger fastback sports sedan poised to redefine a segment currently populated by European automakers, the Stinger promises to be the highest-performance production vehicle in the company’s history and is backed by Kia Motors’ industry-leading quality and reliability.  Offered with multiple engine and drivetrain configurations and luxurious accommodations, the Stinger is planned to go on sale in Canada late this year.  Pricing will be announced closer to the vehicle’s launch date.
“Unlike any Kia that has come before it, the Stinger really is a dream car for us, and here today in Detroit, that dream is now a reality after years of commitment and hard work from a passionate group of designers, engineers and executives around the world,” said Orth Hedrick, vice president, product planning, Kia Motors America. “From its GT concept-car origins to the years of tuning and refining on the legendary Nurburgring circuit, no detail was too small to be obsessed over, and the result is simply stunning.” Instantly recognizable as a direct evolution of the concept that preceded it, the all-new 2018 Kia Stinger design was overseen by Peter Schreyer, Kia Motors’ chief design officer, and his talented team of designers in Frankfurt.  Ride and handling development was looked after by Albert Biermann, head of Kia’s Vehicle Test and High Performance Development and his group of engineers in Korea and on the grueling Nurburgring racing circuit.
But what makes a true gran turismo?  This question was the foundation for a years-long journey that began when the GT concept was first unveiled at the 2011 Frankfurt Motor Show.  Although every Kia design study has a purpose, the GT concept was something considered by many outside the company as little more than a dream for a brand known for producing mass-market transportation rooted in value.  But the GT ignited embers of passion that sparked a fire within the organization and over the next five years that fire would grow beyond fantasy and morph into reality.
Once the Stinger was green lighted, that gran turismo question became a mantra as development commenced.  Coming from Kia, the design had to be bold.  And it was.  But it also had to be nimble and fast while also luxurious and quiet.  It had to achieve the perfect balance of ride and handling and seat five comfortably with room for luggage. It had to be a lot of things, but most of all, it had to be an authentic gran turismo.  And it is.