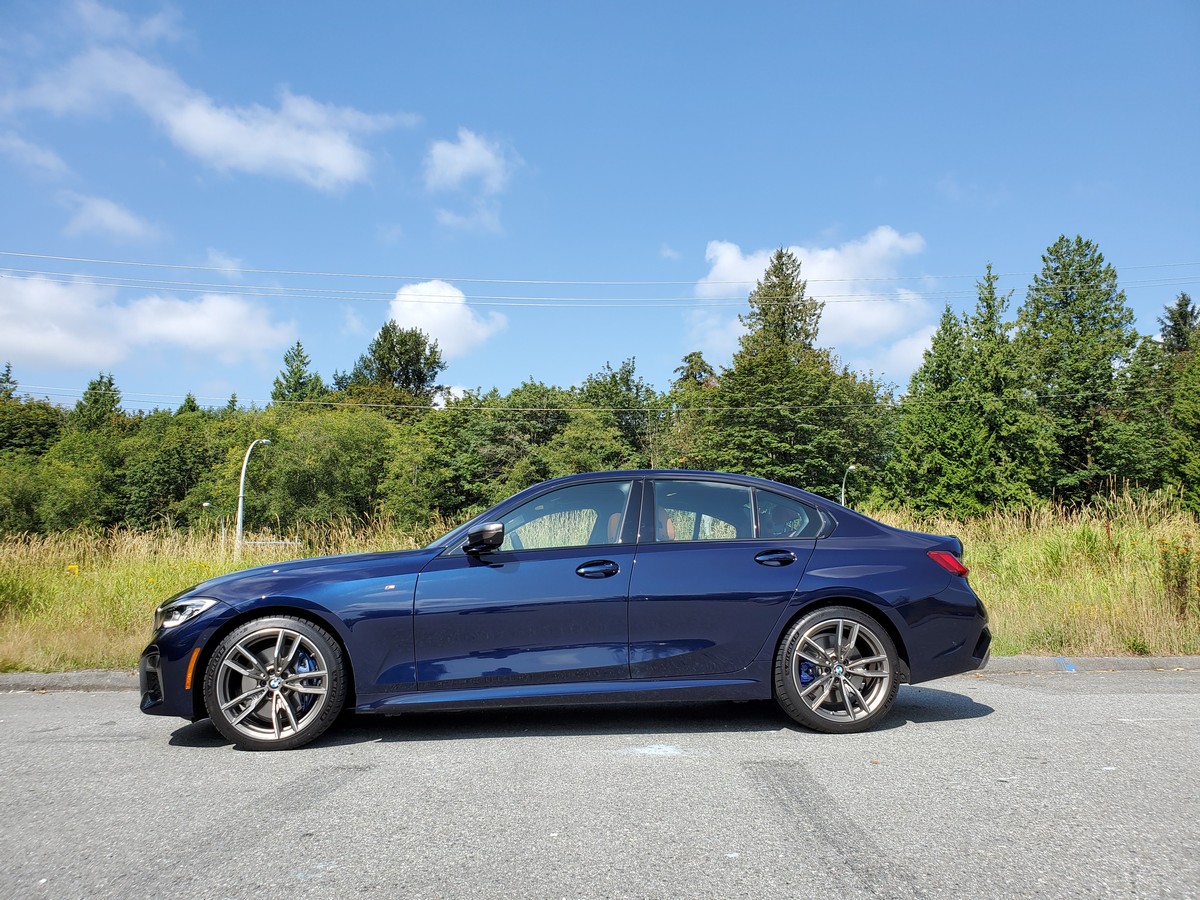 German engineering has for a long time been the measuring stick for automotive excellence, be it Mercedes luxury or Porsche’s performance and handling.  This was best seen in the sport sedan segment with BMW and the 3 Series. For almost all of the 3 series 6 previous generations it has been the benchmark against which all other manufacturers gauge their metal.  However, sometimes when you sit so lofty for so long, things begin to slip, you get a little fatter, a little softer, a little slower, trusting your exalted excellence will carry you through while the others were supposedly so far away. But something went wrong.  The others were not that far away and in fact had caught up or dare I say it, passed. But, like every good Rocky movie, the champ always returns to lay down the proverbial ass whooping.

The 2020 BMW M340i XDrive is the Champ and Ivan Drago better watch out and by Ivan Drago, I mean everyone else.  4.4 seconds to 100, 383 BHP, 369 pound-feet of torque available from 1600 rpm, eight-speed ZF transmission, combine this with M massaged suspension with firmer springs, thicker anti-roll bars, a lower ride height, more wheel camber, and 19-inch wheels wrapped with Michelin Pilot Sport 4S rubber.  The drive train receives an equal amount of bolstering with a standard torque-vectoring M rear differential, optional adaptive dampers. The result is a 3-series that harkens back to the good old days when a BMW 3 series meant something.

Behind the wheel, pin the right pedal and the thrust is immediate and linear.  The gem of this vehicle lays in that inline turbo charged 6. Yes, it’s turbo charged, and like all turbos doesn’t breathe as freely as you would sometimes like it to, but, the sound is pure BMW, and method of power delivery is sublime.  Combine this with the ZF firing off shifts with crisp immediacy and you get an extremely rewarding driving experience. Feedback from the wheel is good and the active dampers soak up the bumps with ease. Put things into sport mode and things instantly liven up.  The Xdrive systems increases rear wheel bias, sharpens the steering and suspension allowing this full size sedan to carve the B-roads with reassuring confidence. The increased levels of exhaust note accompanied with smile inducing pops and crackles only begs you to pull the ZF into manual mode and induce those sounds at your whim.  The best part of the redesign is in the electronic steering. Road feedback is informative and accompanied with variable effort and weight. No longer does it feel dead and unconnected.

The interior is 3 series fair.  The sport seats provide ample support, adjustability and front and rear leg room.  The iDrive infotainment system will be familiar to BMW owners and enthusiasts, but has been tweaked with more in-depth menus and system configurations.  The 10.5 in center screen and overall control layouts are driver oriented and easy to access, but will require some time getting used to. Android users will be left without Android Auto.  The steering wheel is meaty, and provides decent control of main functions, but isn’t in line with Mercedes touch pad system. Switch gear is solid and provides a quality feel. I personally liked the separated climate control screen and dedicated climate control switches.  Very often climate controls can become lost in sophisticated infotainment systems.

The G20 designation 3 series is carrying a significant burden on its shoulders.  It’s underpinned by a new chassis and body design. It is meant to usher in a new era for 3 series and bring its domination of this class back to Bavaria.  The M340 marks a melding of the best the regular 330i and fully blown M3 will offer. More usable every day and turning into a proper B-Road carving tool on the weekend.  Track car aspirations are possible, but if that’s your cup of tea, a slightly longer wait for the M3 next year may be better suited.

What is all this new rival M340 going to cost you ask, $72,000 CAD as tested.  However, this can be amped up with features like remote parking, parking assistant and extended traffic jam assistant, that provided level 3 driver autonomy up to 60 km/h.  The exterior design provide for a handsome looking car. The prominent front active grill ovals provide for aggressive design, especially finished in matte graphite grey. This same matte graphite grey design element spills over to the model specific split spoke 19 inch wheels, wing mirrors, rear diffuser and deck lid; the look is elegant and equally badass at the same time.

Will it have the traction and following of the E30, E36 and E46 3 series?  Only time will tell. The G20 has the foundations for making a legendary 3 series generation.  However, I think creating modern iterations of previous legends is hard. We are no longer in a world of analog, and the digital intervention makes it hard to create those visceral, connected driving machines we fell in love with.  The optimist in me feels technology should not blunt our driving instruments, but enhance them, and the M340i is coming really close and is a move in the right direction.
[tie_slideshow]
[tie_slide] Slide 1 |