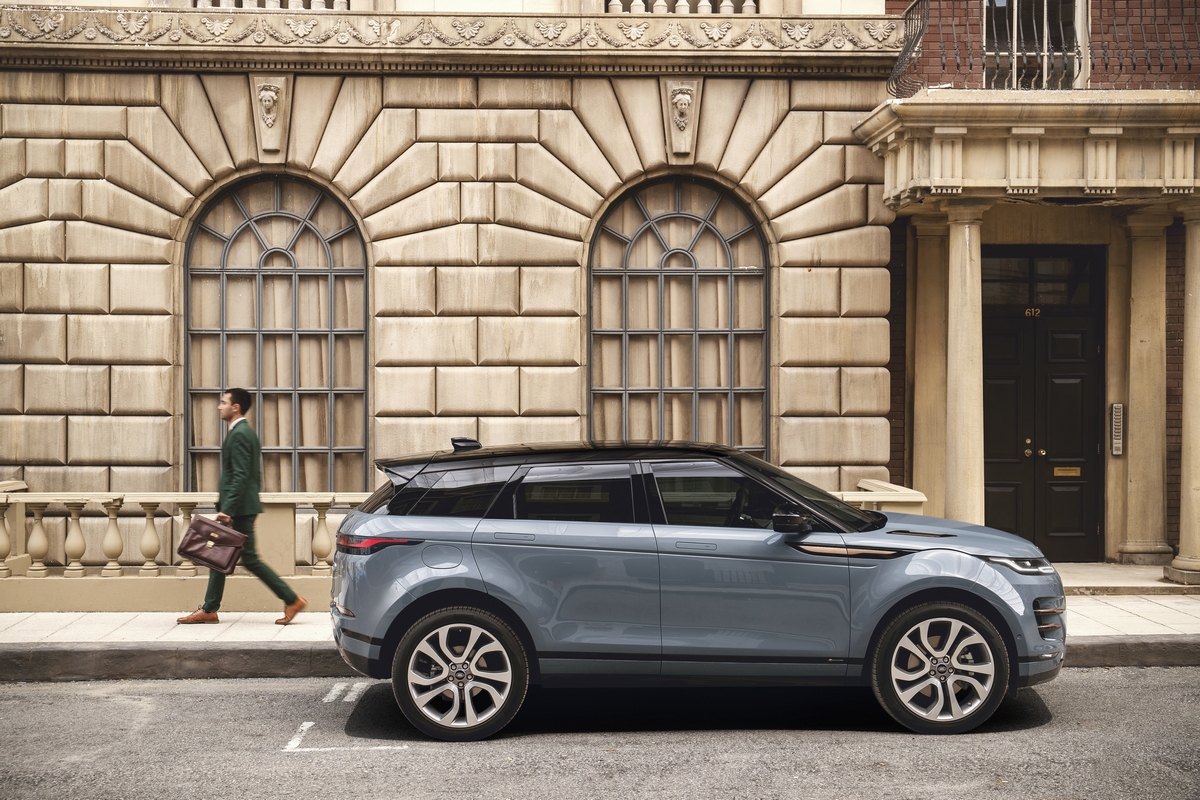 Range Rover.  The name elicits two trains of thought, one you picture a super luxury and performance based SUV, the mob or superstars are commonly seen in.  The second train of thought imagines a super accomplished off road machine, capable of going places that most other factory vehicles can’t.  What one does not imagine is a compact SUV or, dare I say it, girly vehicle.  However, in 2010/2011 Range Rover threw convention to the wind and introduced the Evoque.  A highly stylized compact SUV that looked sleek, with a swept back design and rounded edges.  Over the past 10 years or so, the gamble proved extremely lucrative for Range Rover and introduced a whole new buying segment to the brand.

Come 2020 and Range Rover brings us the all new Evoque.  Over its life span, the Evoque received a refresh in or about 2015 that lasted until 2018/2019 and we are now introduced to the full second generation.  Range Rover took a play from the Porsche playbook when redesigning the Evoque.  Many would be hard-pressed to say “what’s the difference?”  The reality is that the 2020 Evoque shares no panels with the outgoing Evoque except the door hinges.  Borrowing, from its bigger brother the Evoque, incorporates flush mount retractable door handles, body-contoured headlights and taillights.  It also rides on a slightly longer wheelbase although exterior dimensions are maintained.  The result is increased rear legroom and rear storage.  Overall the Evoque’s exterior feels cleaner and more flush.

Inside, the Evoque again borrows from it’s bigger brother and presents a clutter-free design, showcased by dual LCD touch displays, known as Touch Pro Duo.  The system, after a slight learning curve, allows you to control all aspects of infotainment, climate and ride control.  The optional Meridian Audio system offers Apple Car Play and Android Auto.  The steering wheel receives similar touch-responsive controls for audio, communication and driver assistance control.  The seats are fully adjustable with heating and cooling options.  To assist with limited rear visibility, a problem plaguing the Evoque since day one, Range Rover has added the ClearSight interior rearview system, which converts the rear-view mirror into a full LCD display for the aft end of the Evoque, allowing for a complete view of the rear utilizing the rear camera system.

Thrust is provided by a 2.0L inline turbo 4 producing 246/269 bhp/lb-ft or 296/295 bhp/lb-ft.  The as-tested R-Dynamic HSE P300 uses the latter setup.  It provides ample performance but with a noticeable level of turbo lag, although highway passing is mitigated with ease.  Power is routed through a new 9-speed auto utilizing active torque vectoring (called Active Driveline) and Terrain Response 2.  Range Rover’s automatic terrain management system that allows you to handle nearly any road condition you can throw at the Evoque with ease and no training.  The Evoque, unlike many of its competitors, is a truly off-road capable machine.  It can wade through two feet of water, has 21cm of ground clearance and can hit departure angles greater than 30°.  The wading capability is combined with an onboard sensor that will read the depth of the water you are traversing and graphically display this information for you, making sure you never get that plush leather interior wet.

The Evoque was a forward-thinking highly designed machine nearly 10 years ago.  The fact that over this time frame a decade later, Range Rover has only had to massage its design speaks volumes about how advanced the concept was.  The redo for this year only enhances a highly attractive package, bringing it in line with Range Rover’s current design cues.  The Evoque is a very capable fun to drive compact luxury SUV, that turns heads.  With an as-tested price of $61,500.00 in full spec and trim, the Evoque is not going to attract everyone.  However, for young professionals wanting the versatility of an SUV in a compact luxurious package, the Evoque should be a serious consideration.
[tie_slideshow]
[tie_slide] Slide 1 |