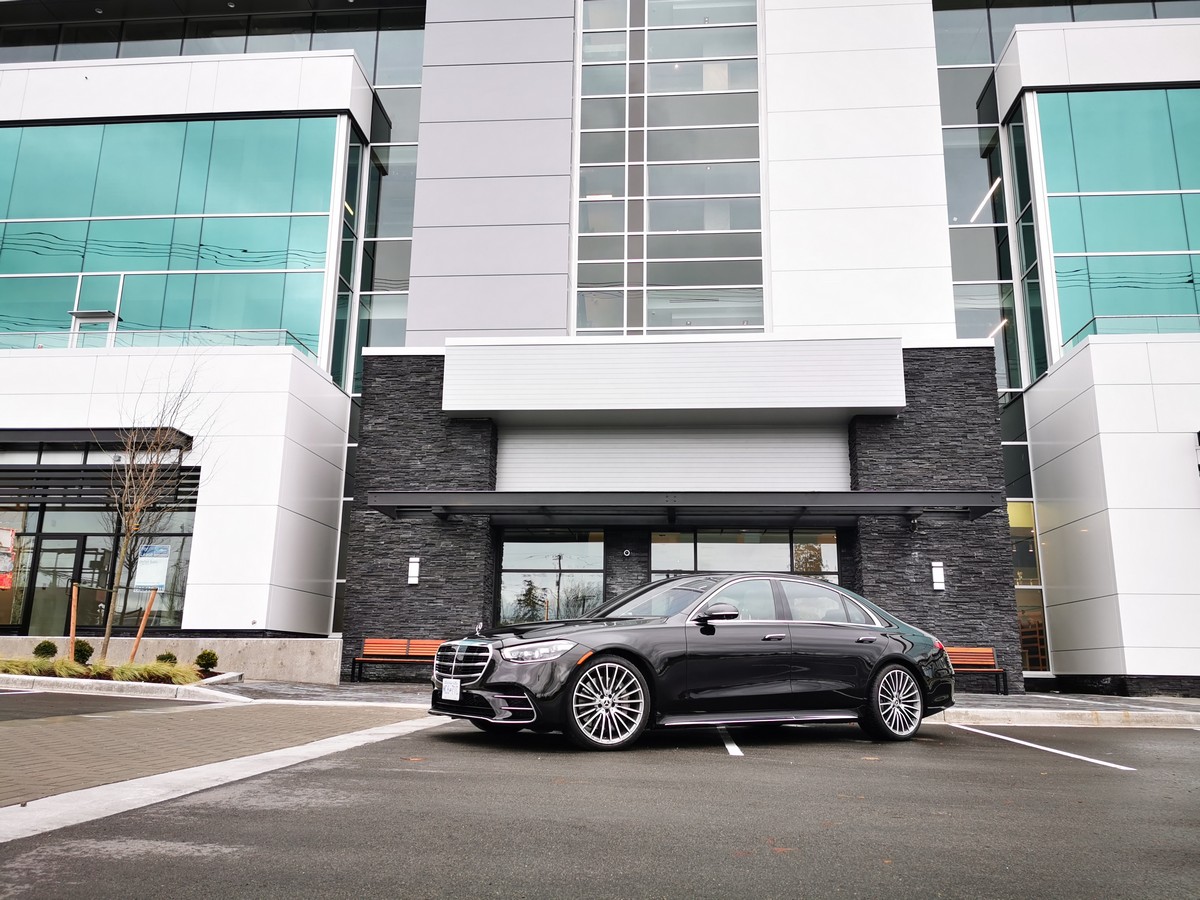 Flagship: the finest, largest, or most important one of a group of things (such as products, stores, etc.).  This word in modern contexts plays a prominent role in product creation and marketing.  In an age when things change quicker than they are introduced and your newest and best toy is obsolete before you have opened the shrink wrap off the box; when companies introduce their “flagship” model or product it means a lot.  Heck Star Trek has the U.S.S. Enterprise NCC-1701-E and Samsung has the Galaxy Ultra.

In the context of the automotive world, flagship vehicles have a slightly longer shelf life than say your cell phone and when a manufacturer unveils a new flagship it’s a pretty big deal and when Mercedes unveils its flagship S-Class it’s a really big deal, cause when it comes to endowing a car with technology, functions, and luxury nothing comes close to what Mercedes does with the S-Class.  In no uncertain terms, it represents the benchmark for all other German manufacturers to strive towards.  Although the likes of the BMW 7 Series and Audi’s A8 are fantastic vehicles in their own right, they lack that something something, that x-factor, which leaves them trying to reach towards the upper echelons of the S-Class.

The all-new S580 is no different.  Endowed with the best the Mercedes has to offer including features like rear front facing airbags, augmented reality heads-up display navigation, gesture-controlled moon roof shutters and turns of the head to the rear of the vehicle will automatically open rear window shades to increase visibility.  Active ambient lighting can warn drivers of impending danger and flash red if a vehicle is in the blind spot or if a bike is approaching as you are about to open a door.  A feature called E-Active suspension will raise the vehicle in a tenth of a second to guide forces to the reinforced lower part of the vehicle in a collision.  Rear-axle steering makes the S-Class nimble on the road and as easy to steer and park as a compact car during slow maneuvers.  This is just a scratch of the surface when it comes to offerings and features.

The drivetrain for the S-Class is equally as advanced.  The S580 carries a twin-turbo V8 combined with an EQ Boost which combines a 48-volt electric generator/starter that adds torque and horsepower during initial take-off and start/stops.  Mercedes stop/start system has to be the smoothest system in the industry and is silk-like in the S Class.  Overall the system produces 496 horsepower and 516 lb-ft of torque. The EQ Boost system and integrated starter generator (ISV), can add 21 horsepower and 184 lb-ft of torque for short bursts.  Power is channelled through all four wheels via a nine-speed automatic transmission and Mercedes’ 4Matic all-wheel-drive system.  The result gives the S580 V8 a buttery smooth feel and despite being capable of hitting 100 km in 4.4 seconds the process occurs with a relentless pull that feels unstoppable.

On the road, the S580 eats up pretty much anything you can through at it.  The air ride suspension soaks up rough roads like nothing.  It does admirably well on twisty roads but you cannot fault it for being a luxury limousine rather than a b-road stormer.  The aforementioned all-wheel steering makes the S580 feel far more nimble than its stature would indicate.  All in all the S580 coddles you from the stresses of the outside world.  Seats that support you with active side bolstering and massage and revitalize you on all four seats will melt away aches and pains and ensure you reach your destination in style, rested and in comfort.

When it comes to luxury vehicles, every manufacturer has succumb to the needs and wants of the public by designing and introducing every size and manner of luxury SUV they could want.  When one thought of luxury vehicles, the sedan was the image that appeared.  However, modern times have converted that image to one of an SUV (think Rolls Royce Cullinan, Bentley Bentayga, Land Rover Range Rover).  The S-Class is an anomaly; as an exercise of technology, it remains unrivalled, despite the onslaught of technology in the simplest of cars.  In terms of driver/passenger comfort, I would rather drive be in the S-Class say over the GLE any day.  Finally, despite, how awesome modern-day SUV’s have become in defying the laws of physics when it comes to driving dynamics, the venerable sedan still rains kings.

For those who want to know and as much as it would make any difference to buyers, the as-tested price of the S580 pictured here comes in at just under $166,000.00 CAD.