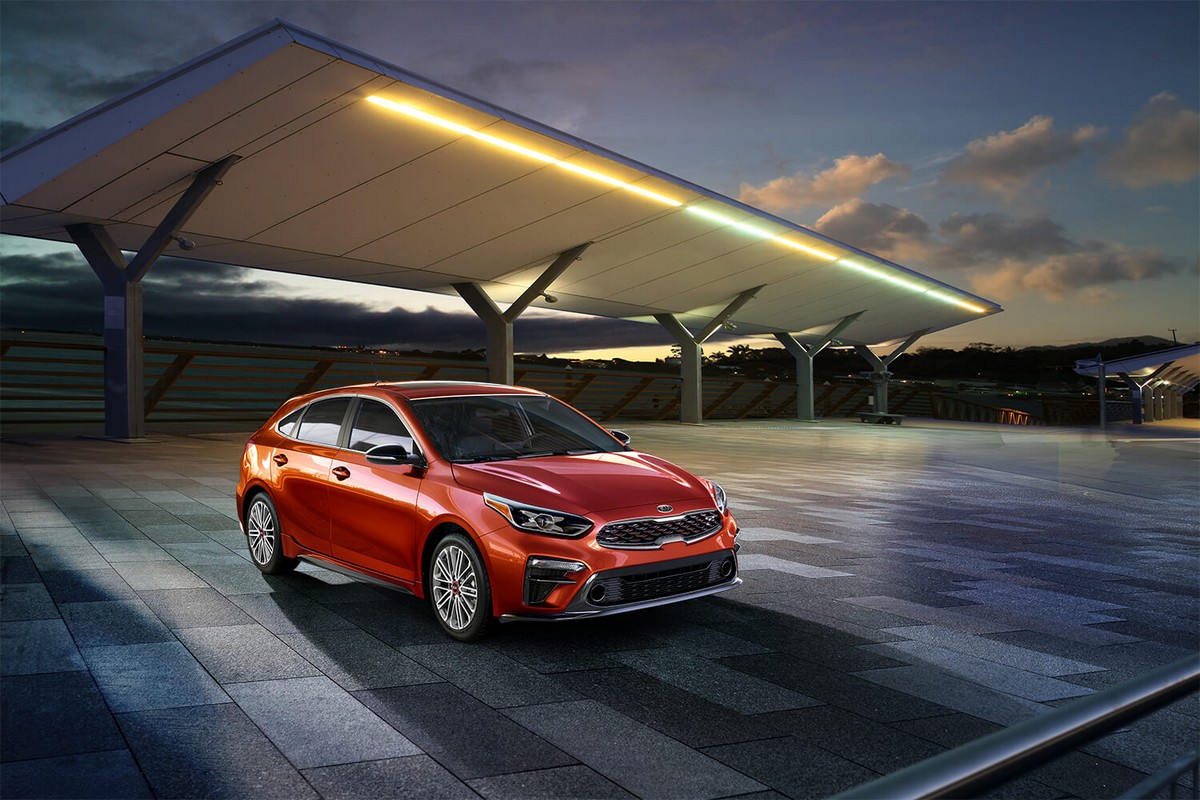 The first car. We all remember ours; it was a right of passage. Be it the family-mobile, as old as you hatchback with rust, or an old land yacht as big as a whale; it didn’t matter the result was the same, freedom. Circa 1990’s and 2000’s, for those precious few of us that had the good fortune of having parents generously buy them a new car, the choice usually was a Honda Civic or Toyota Corolla. The cars were relatively inexpensive and bulletproof. Features were few and far between and you were lucky if you had A/C and power windows. Fast forward a couple of decades and the landscape has changed. Buyers looking for entry-level vehicles have a plethora of choices ranging from subcompact city cars to subcompact SUV’s. Maybe it’s the purist in me, but, the subcompact SUV does not scream, “first car,” to me. This honour should belong to a compact car that screams fun both inside and out and expresses freedom and sport at the same time.

Enter the all-new KIA Forte. Believe it or not, the KIA Forte is four generations old and the Forte nameplate going back as far as 2008. Over that time frame, it has gone from a bubbly looking compact that was offered in a sedan and hatch form to a sophisticated looking machine improving from generation to generation. The 2020 Forte can be had in multiple flavours in Canada, with a Canada exclusive five-door version. With no less than nine trim levels available, there is a Forte to suit everyone’s needs.

KIA introduced the 2020 Forte GT in front of the picturesque backdrop Oak Bay beach in Victoria, BC which allowed the KIA Forte’s style and mannerisms to be fully experienced. Depending on what flavour of Forte you choose, it comes with either a 2.0L 4 cylinder good for 147 bhp and 132 lb-ft, or a 1.6L turbo direct injection 4 cylinder pumping out no less than 201 bhp and 195 lb-ft. The turbo is only available in the GT and GT Limited trim levels and is paired to an all-new 7-Speed dual-clutch transmission that sends power to the front wheels. The combination of the peppy 1.6L Turbo and dual-clutch provide for a spirited driving dynamic. The two feel well-matched and fans of the Civic Si would be amiss to overlook what this car has to offer when considering their next purchase.

The interior of the Forte in any trim level is a comfortable place to be. You are surrounded by quality materials, including satin aluminum finishes around the wheel, soft-touch dash materials and a simple, uncluttered control layout. You have options like heated and cooled front seats, heated steering and dual-zone climate control. The KIA delivers up these features, which are still lacking in other vehicles in this segment and definitely not at this price point.

Pushing up to the GT trim level introduces black piano finishes around the shifter and controls along with Recaro inspired bucket seats complete with red stitching. To round out the GT inspired feel, the driver is met with a D-cut, leather-wrapped, red-stitched steering wheel and aluminum race pedals. The center of the vehicle houses a 8-inch multimedia interface complete with Android Auto and Apple car play. There is no shortage of USB outlets and charge ports, including a wireless charging option. Sound is delivered via Harmon Kardon speakers.

The Forte backs comfort with safety packed with driver aids, including forward collision avoidance, lane keep assist and smart cruise control. The combined result makes the Forte a very appealing vehicle. It feels upscale and amply capable of meeting the demands of compact sedan or hatch. It’s not an entry level vehicle by any stretch of the imagination and the new Forte sheds any misconceptions of what the KIA brand of days past was. KIA is one of Canada’s fastest-growing brands and it has made large strides to differentiate it from its sister brand Hyundai. This can be clearly seen in the Forte which provides for a more responsive driving dynamic than its closest rival the Elantra. Combine this with pricing ranging from the mid $17,000’s to just under $30,000 for the GT Limited trim, the likes of Honda and Toyota should keep their eyes open.