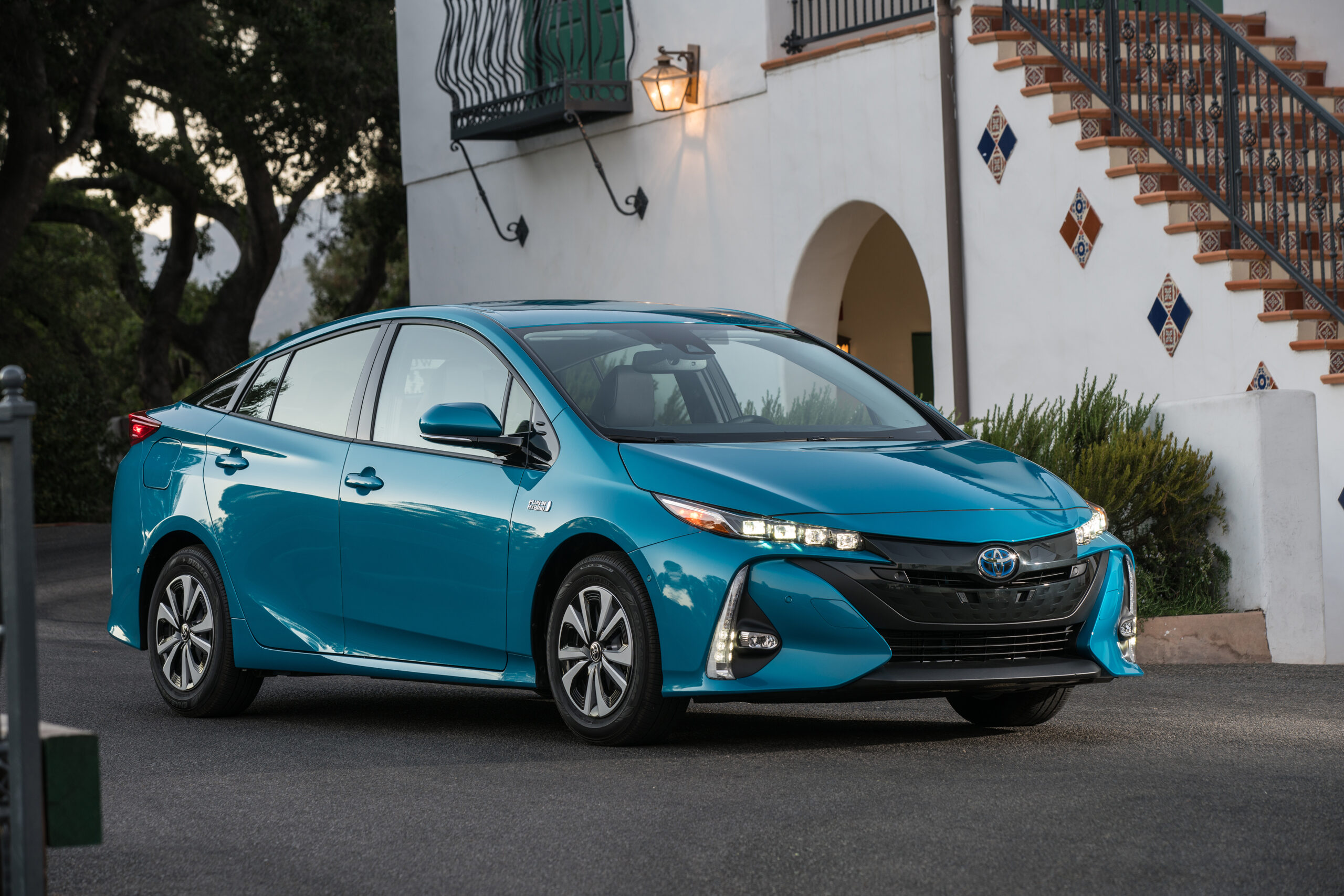 Not many cars can claim to have started a revolution.  In fact, in the history of the car I think that honour is limited to a number of cars that you can count on one hand, if not less.  The likes of the Ford Model T and Ford Mustang come to mind quickly.  However, in modern terms, that status is very limited.  One of these limited modern examples is the Toyota Prius.  A car that single-handedly began a movement to shift car buyer’s mindsets to think of the environment when buying their car.  To be conscious of their environmental footprint.

First entering the market in 1997, it was not until about 2003/2004 that the iconic shape that we in North America are familiar with became available in the market.  Until recently, the Prius has always been a hybrid based vehicle, i.e. a small gasoline engine in combination with a battery and electric motor providing propulsion.  The result in 2003/2004 was 4.3L/100 km or 34.5 mpg.  That was astonishing for the time.  It produced 90% less smog-forming emissions compared to conventional internal combustion engines and had a range of over 800 km.  It was these groundbreaking figures and technology that took the car buying public by surprise.  Heck, even a hard nosed, tough as nails, mob enforcer by the name of Chilli Palmer, drives one in “Get Shorty” and calls it the “Cadillac of Hybrids.”

Enter 2021 and we have the Prius shaking up the field once again with the Prime Plugin Hybrid.  Let’s start with those numbers again.  The Prime has a combined electric hybrid range of over 1,000 km.  It reaches a full charge in just over 5 hours on a standard 120v household outlet and as little as just over 2 hours on a 240V outlet.  The result is a 1.8L/100km fuel efficiency rating.  It achieves this by building on Toyota’s class leading hybrid technology (with a 1.8L 16V four cylinder and pairing it to an electric drive train capable of up to 50km of all electric driving (this requires some serious finessing)  expect closer to 35 to 40 km in average driving conditions or with a slightly heavier foot.  The Prime allows the user to select which drive modes to use or the user can set the Prime to EV Auto Mode and the Prime will intelligently select between electric and hybrid driving based on demand and driving conditions to optimize your efficiency and range.  The Prime produces 122 hp combined and 105 lb ft resulting in a 0-100 time of 11.2 seconds.  Power is routed through the front wheels and will provide ample traction for most conditions.  If a more sure footed drive is required, Toyota offers the Prius AWDe, which can send power to any of the wheels that need it.  Driving dynamics of the Prime translate to a calm composed drive.  Handling is predictable and even when pushed the Prius remains flat and collected.

Since about 2016, the Prius has taken on a more edgy design and look.  This design motif is carried through to 2021 offering sharp lines and graceful curves.  The exercise is one of form meets function.  The whole thrust of the Prius’ design is to cut the wind and reduce drag.  Visually, it is sporty looking and modern.  The modern design flows into the interior.  The most striking feature is the available 11.6”tablet style display screen.  This screen acts as the heart of the system giving you access to infotainment, navigation and drive systems.  The interior greenhouse feels airy and light, especially when combined with the Moonstone SofTex upholstery.  Access to all vehicle information is easy viewed in a focused center instrument cluster.  A multi-coloured heads-up display gives access to vital information while driving without taking your eyes of the road, including speed and driving characteristics.  Pricing for the Prius starts at approximately $33,500.00 and will run you up to just under $37,000.00 when optioned like the Prius Prime Upgrade model tested.

The Prius will always hold a status in echelons of history as a vehicle that changed the driving landscape.  It will be remembered as a vehicle that made people reflect on what a car is meant to do and how it does it.  It will be seen seen as a vehicle that initiated the movement towards electrification, maybe to an even greater degree than Tesla.  Quite simply put, a Revolutionary in every sense of the term.