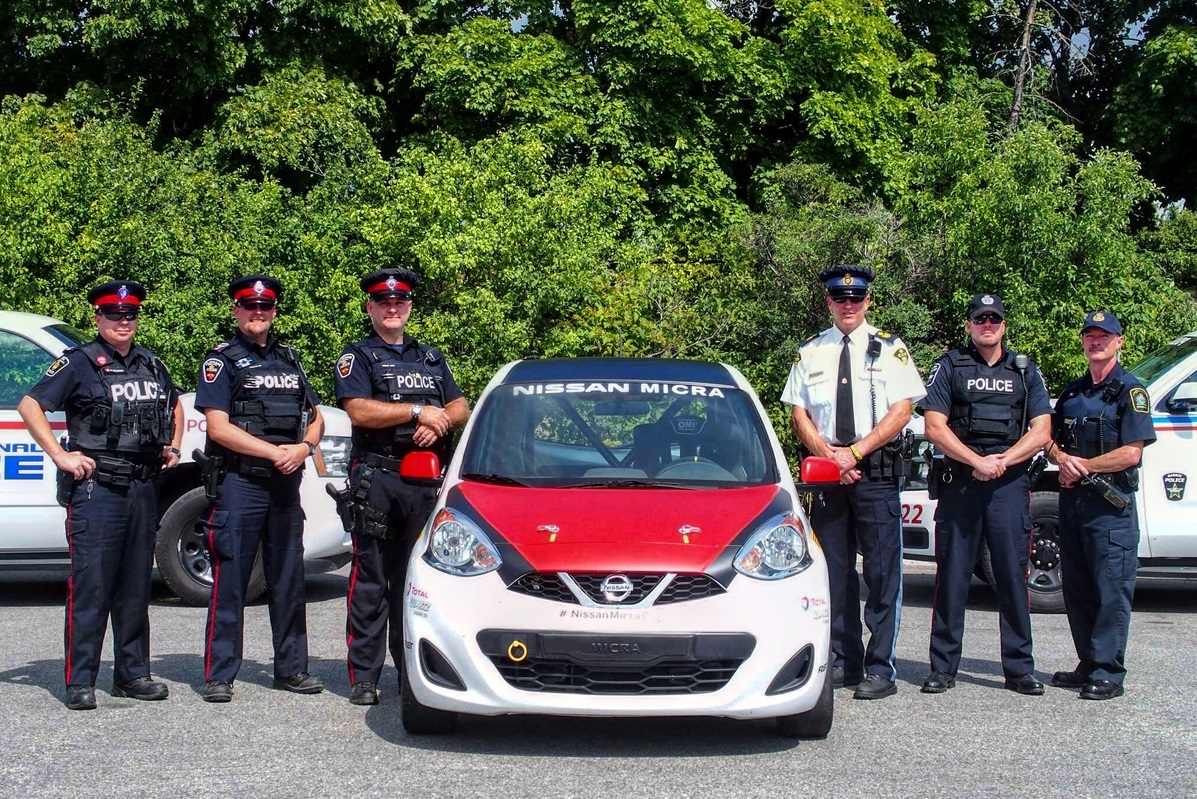 Mississauga, Ont. – Today, Nissan announced a collaboration between the Nissan Micra Cup spec series and Project E.R.A.S.E. (Eliminating Racing Activity On Streets Everywhere), to raise awareness about the dangers of street racing and encourage safe, responsible driving on public roads and race tracks. Project E.R.A.S.E. is a collaborative effort of seven Ontario police services, the Ministry of Transportation and the Ministry of the Environment.
Representing Project E.R.A.S.E. is Staff Sergeant Chuck Kaizer, who will trade in his police uniform for a racing suit Labour Day weekend to compete, off-duty, in two Nissan Micra Cup races at the Canadian Tire Motorsport Park (CTMP), near Toronto.
The goal of the E.R.A.S.E. program is to change poor driver behaviour through education and strategic enforcement.
“Motorsport is a cornerstone of Nissan’s brand identity, dating back to the 1930’s in Japan. The pride we have in our motorsport heritage is matched by Nissan’s commitment to safety for all drivers and passengers,” says Joni Paiva, president of Nissan Canada Inc. “To that point, we saw an incredible opportunity for the Nissan Micra Cup to collaborate with Project E.R.A.S.E., to help raise awareness of the dangers of street racing, while providing a safe, regulated alternative for those with a penchant for speed and competition.”
So far in 2016, three joint education and enforcement initiatives conducted by Project E.R.A.S.E. affiliated police services have resulted in 107 charges and six arrests related to street racing. This does not include the hundreds of calls for service and stunt driving charges investigated over the past several months by the involved police services independent of the specific enforcement initiatives.
“What many people fail to realize is automobile racing is not synonymous with illegal driving on public roads. We see this in the alarmingly high number of reported street racing incidents and subsequent fines,” says Staff Sergeant Chuck Kaizer. “By collaborating with the Micra Cup, we’re sending a clear message to Ontario drivers who feel dangerous driving on the public roadways is okay – racing does not belong on public roads – there’s a safe way to satisfy the ‘need for speed,’ and it’s more attainable than some might think.”